The Griffiths family business began in 1955 by John Aled (OBE) and Olwen Griffiths and remains in family ownership to this day.

Aled’s sons, Gareth & Elwyn took over the running of the business in the 1990’s and have overseen its continued growth since then.

Today we see the next generation of the Griffiths family playing an increasingly important role in the business, bringing new ideas, skills and new energy to the organisation.

The success of organisation has been developed over many years through the hard work, passion and determination of the Griffiths family.

Farming has always been the life and drive of the Griffiths’ who through their years of hard work have acquired generations of knowledge allowing them to succeed as a major player within today’s UK egg industry. The company is now managed by Gareth and Elwyn Griffiths whom together, continue to offer their customers a first class product produced under the highest levels of welfare and food safety. The business today would not be possible without the devotion of the founders Mr and Mrs J A and O Griffiths.

John Aled Griffiths was born in the June of 1930 in Penmaenmawr, North Wales. With a keen interest in farming and animals from a young age, he successful reared his first day old chicks at the age of 10.

In 1950 he was awarded a senior scholarships for farm workers given by the Ministry of Agriculture to study agriculture at University College of Wales, Aberystwyth.  He graduated in 1953 with a BSc in Agriculture and a National Diploma in Dairying (NDD) and then took a job as an Experimental Officer at the Animal Breeding Research Organisation in Cold Norton, Staffordshire.

Aled had met Olwen Morgan in 1950, whilst he was working on a farm in Glyn Ceriog.  Olwen was a farmer’s daughter, born on 12th September 1932, and lived with her family at Rhospengwern Farm, Llangollen.

Olwen attended Lllysfasi Farm Institute in Denbighshire and then worked at home before training as a nurse at the Orthopaedic Hospital in Gobowen, Shropshire and the Royal Hospital in Woverhampton. 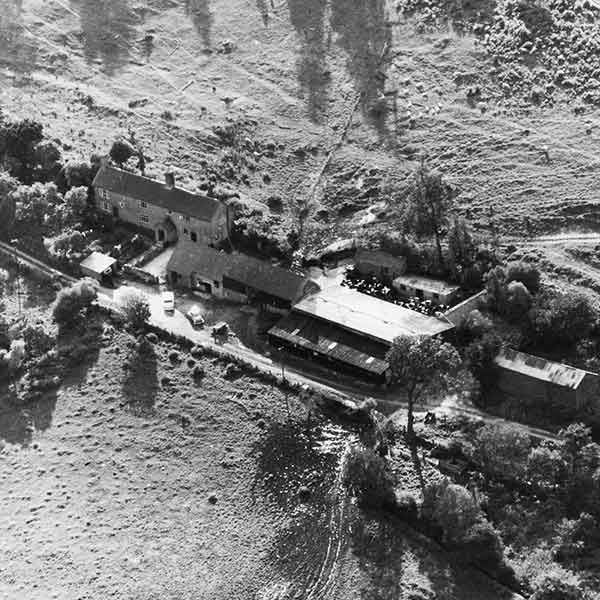 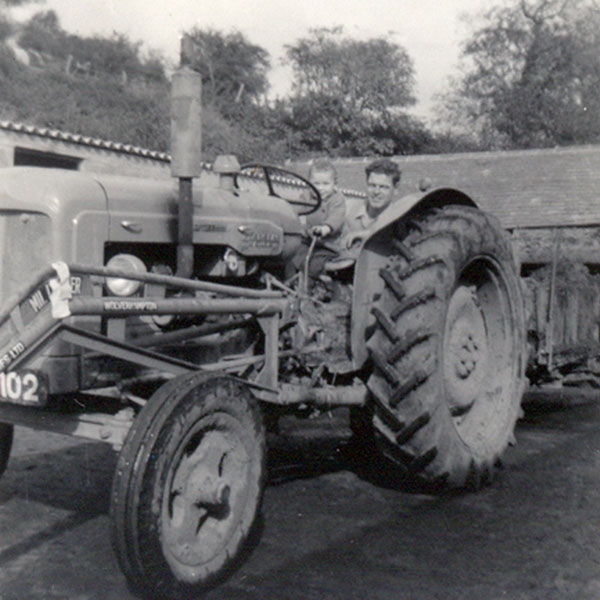 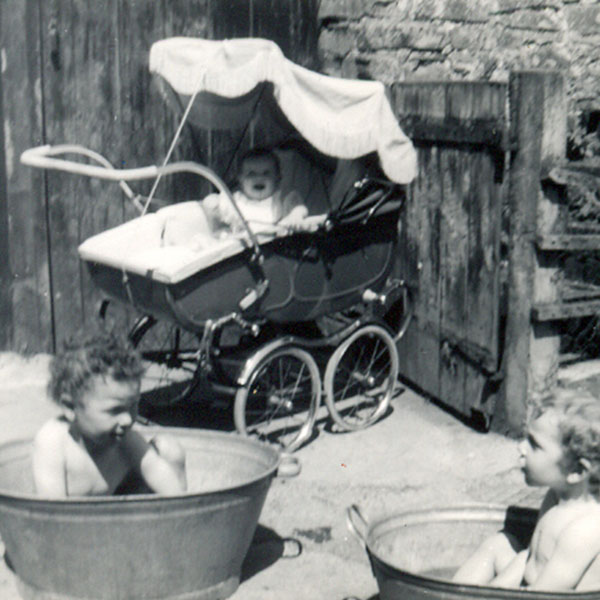 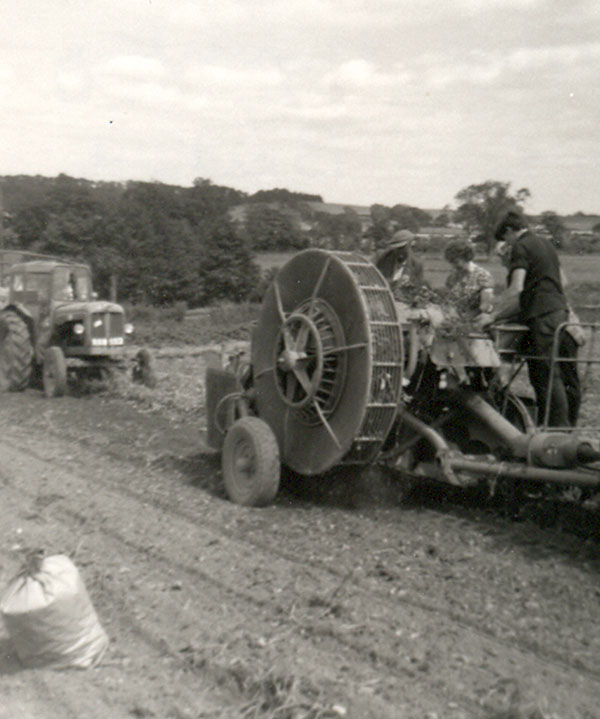 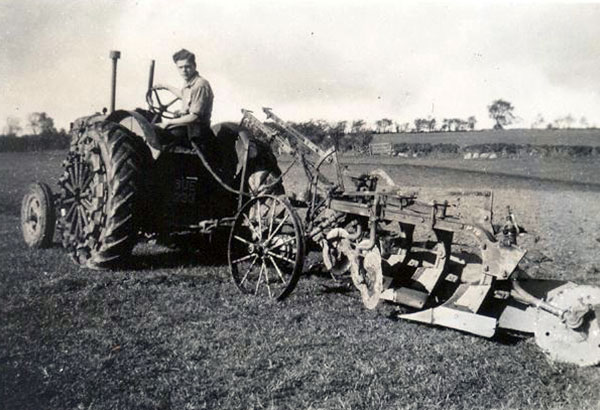 Aled and Olwen were married in the November of 1954 in Llangollen where together they moved to Stantley Farm in Minsterley where Aled had been offered a farm managers position. The farm was a 300 acre marginal farm used to rear calves, provide fat lambs and house 60 sows. It was during this time their first son Gareth was born in the September of 1955 followed by son Elwyn in July 1957 and daughter Lynette in December 1958. 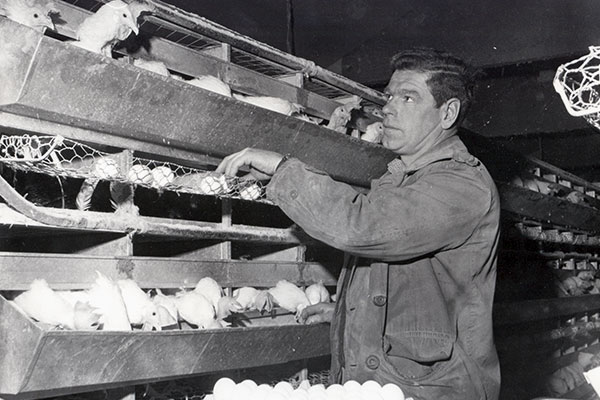 During 1955 Aled and Olwen took on the tenancy of Stanley Farm and began farming on their own as J A & O Griffiths. In October 1961 J A & O Griffiths took on the tenancy of a 270 acre farm at Besford House in Preston Brockhurst. The family moved there with 40 cows and followers, 300 welsh breeding ewes and 1000 laying hens. The farm quickly expanded, especially the poultry unit which led to Aled to gaining an interest in automated egg production from a visit to the USA. The trip lead to the purchase of Oaklands Farm in the spring on 1969- the foundation for the egg production operation that exists today.

On the 1st of March 1971 the first 20,000 bird automated egg production unit was stocked in a newly built flat deck deep pit unit. Between 1972 and 1974 a further three units were built and the first Thornber multi-tier cages were installed along with the Oaklands mill allowing the business to produce their own feed for the hens, chicks, pigs and cattle. As the laying units grew, the business had the need to rear their own pullets in order to satisfy their demand for new hens. A rearing unit was installed at the Oaklands during 1975 along with a bigger generator to allow temperature control in the rearing unit.

1979 to 1984 saw a time of family life within the Griffiths family with sons Elwyn and Gareth getting married and moving into farm properties. During this time the ‘& Sons’ became part of the J A & O Griffiths family name.

Up until this point in time, all eggs produced at the Oaklands farm had been marketed through a co-operative called Yorkshire Egg Producers, part of Goldenlay Eggs  (Aled was a director of both businesses).   During 1983 and 1984, the business moved in a new direction with the realisation that to produce more eggs there was a need to become more involved with the marketing of their product. The packing station at the Oaklands was built during this time and a partnership was formed with Stonegate Farmers Ltd.

In 1998 Griffiths’ gained full control of the business from the day old chicks through to the packed eggs leaving The Oaklands site. The Oaklands mill was also closed during this time to provide investment into the poultry business and make space available for storage and drying of the arable crops. All feed began being delivered from Lloyds Animal Feeds, a company which is still being used today with input and computing of diets calculated by son Gareth Griffiths. 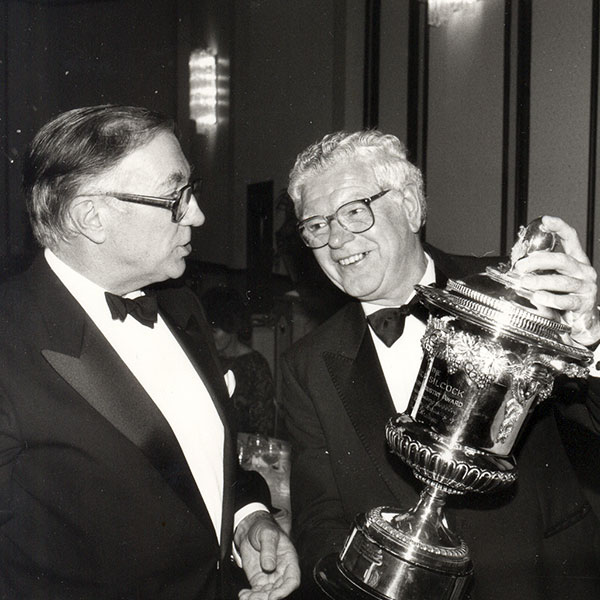 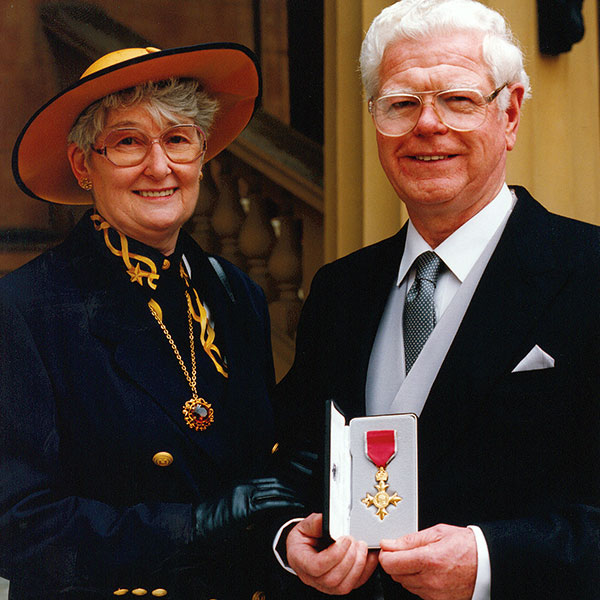 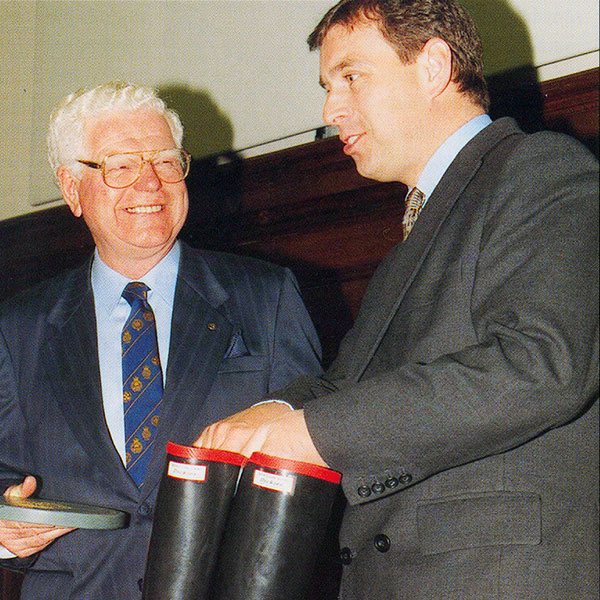 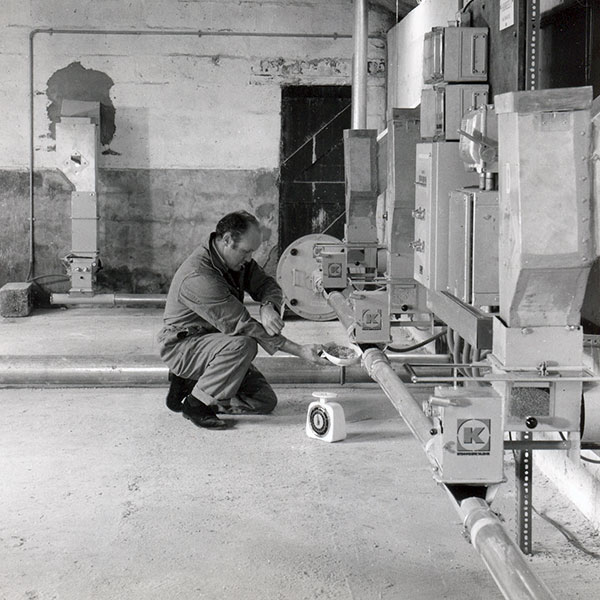 As the business entered the new millennium Aled retired from day to day management, allowing his sons Gareth and Elwyn to continue to develop the business.

2005 saw the introduction of a Sanovo boiling plant allowing the business to introduce a new boiled egg product into their range.

Between 2006 and 2008 the business invested in excess of £5 million pounds on technology in their packing station. This enabled Oaklands to not only be the only company in the world to own two state of the art MOBA 500 grading machines but also to inspect, grade, pack, label, box and palletise their product at a rate of 300,000 eggs per hour. From this investment, the company were able to increase their laying units and meet the demands of major retail customers around the country such as Iceland and Netto food stores.

Oaklands Farm Eggs seized the initiative in 2008 to become the first major UK packer to stamp 100 percent of its eggs on farm. All Oaklands eggs are now marked with the method of production, the country of origin and the farm’s unique identity number. The move required all Oaklands Farm suppliers to stamp their eggs on the farm of origin prior to delivery to the Oaklands Farm packing centre, creating a crucial traceability check for the consumer. The company received the breakthrough of the year award at the 2008 British Free Range Egg Producers Association annual meeting for becoming the first packer to commit to stamping 100% of eggs on farm. 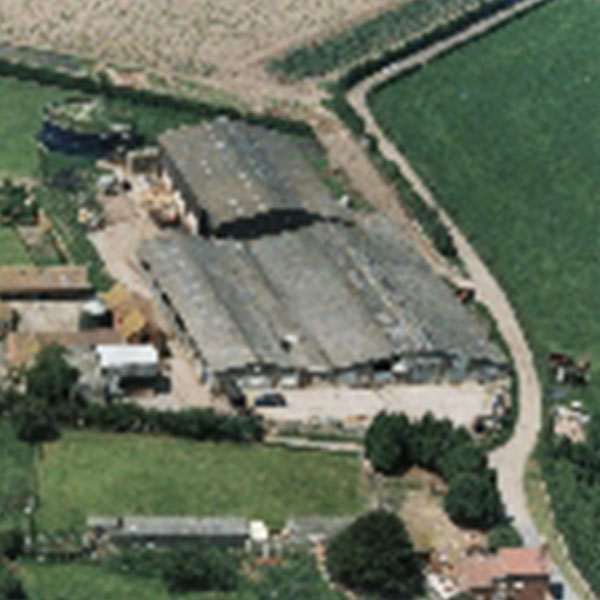 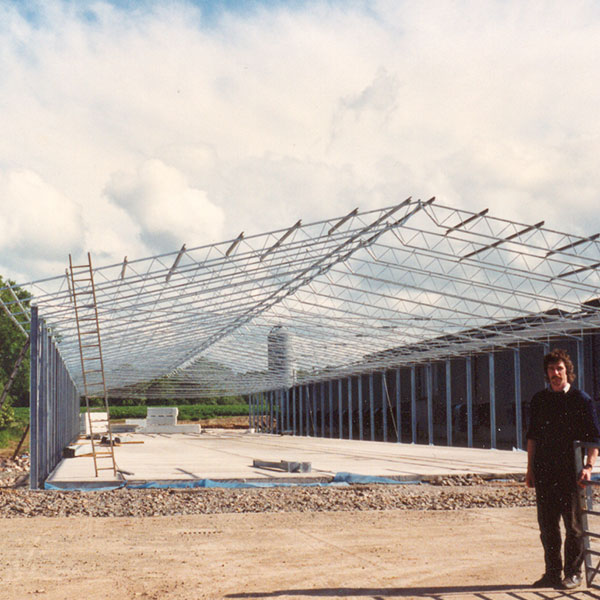 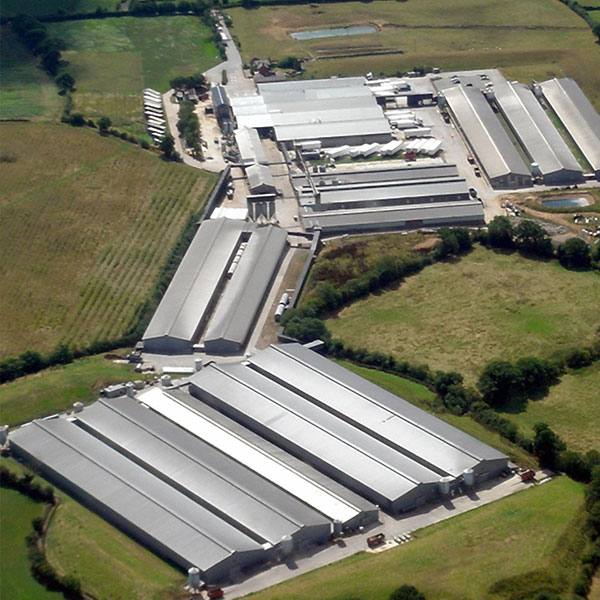 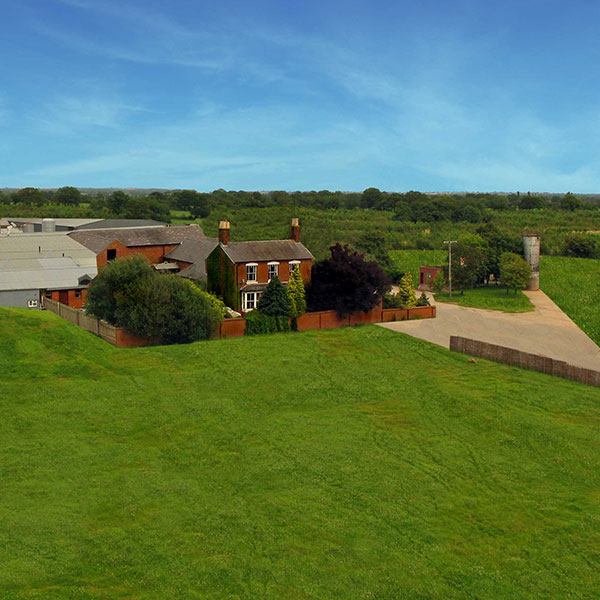 2007 saw an announcement of all conventional caged systems by January 2012. This offered Oaklands the opportunity to improve welfare standards to an all time high within the industry through the construction of enriched colony systems at their site in Shropshire. The first state-of-the-art Tecno colony system which houses birds in 80 bird colony sections, is the only one of its kind in the world and was been built to the highest standards of welfare. The system was completed in the spring of 2009 and now leads the way in production efficiencies.

Since this point the factory operations have seen sizeable changes through automated filling machines and culminating in the worlds 1st 700 Moba grader installation, ably complimented by in line palletization.

In 1994 Aled received a call from London’s Buckingham Palace and was awarded the OBE for service to the poultry industry in UK and Europe. During the year he also became a Fellow of the Royal Agricultural Society (FRAgS).

In 1999 Aled received the Royal Agricultural Society of England “Award for Excellence in Practical Farming” in recognition of his commitment to innovation and sustainable stewardship of his land and farming business. Other areas he had also been involved in are;

Most recently Aled was rewarded with the Dennis Wellstead award from the IEC (International Egg Commission) in Tokyo in recognition of his long and prestigious career in the egg  industry. 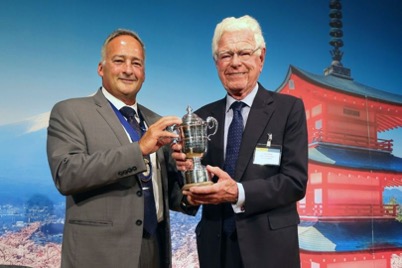 Our Product Line
Our Customers